Why Your Video Content Sucks & What to Do About It

August 16th, 2018 Posted by Nick Winkleblack Video 0 comments on “Why Your Video Content Sucks & What to Do About It”

Congratulations! You bit the bullet, hired a branding agency to help you with some taglines, a production company to film and produce your new culture video. You even paid a leadership coach come in and help you identify your core values. And your timing could not have been better; video consumption is at an all-time high. There are hundreds of places you can post it online to get views. You even read somewhere that the average person watches 1.5 hours of video content every day!

So why isn’t anyone watching your videos?

You Made a Stupid Culture Video

There are too many videos out there. Nobody wants to watch your over-produced company culture video because nobody cares about your company culture. This is not to say that your company doesn’t need a good culture, or best practices, or guiding principles, or stand-up desks and dog mascots. These things are all very important to the day-to-day operations of the business (especially dog mascots). They just aren’t effective marketing messages. The only people that like these kinds of videos are the CEOs that pay for them and the agencies that get paid to produce them because they are at best formulaic and at worst egotistical.

So why do people keep making them?

For the very reason they shouldn’t: they care more about themselves than their customer.

For a CEO, or head of HR, company culture is the most important thing they do every day. It (is one of many things that) keeps them awake at night. But their customers don’t care about that. They care about the value you deliver, they care that they can trust you, and they care that you know enough to deliver a quality product or service. Talking about yourself through a formulaic video does nothing to set you apart or establish your credibility in these areas.

Besides making lame culture videos, here are some more examples of why your video content is failing.

Do you know enough about your subject to pick up a phone and start recording yourself talking about it? Are you confident enough in your messaging to be able to speak directly into the camera about a given topic and know it is on-brand and on point? If not, you probably shouldn’t do video. The next generation of content consumers are skeptical, shrewd, and they don’t watch commercials. So why would you try to make one?

How do I know? I live with two of them…

My kids watch a lot of YouTube, and as annoying as it may be, there is a consistent theme in all the videos they watch.

The creators are authentic.

This is why so many “experts” are afraid to do the kind of video that my kids and millions of other people prefer. They don’t really believe in themselves, in their content, in their message. They know you can’t fake authenticity.

My 9-year-old daughter knows it.

Yesterday, she announced she wanted to make a video. She lined up a few of her favorite “squishies,” jotted down some talking points, and proceeded to create a video where she spoke directly to the iPad and her (probably like four) YouTube subscribers about the pros and cons of each. She wasn’t stressed about it. She wasn’t being a “content creator.” She wasn’t worried about production values or whether she was on-brand, and she definitely didn’t waste time talking about what makes her an expert. She was simply behaving the way she has seen thousands of others behave on the hundreds of YouTube shows she has watched in her lifetime, using a template that has been burned into her psyche by the likes of Logan Paul, Alex Wassabi, and many more. Her squishies are something she cares about (passion) and knows more about than anyone else (expertise). 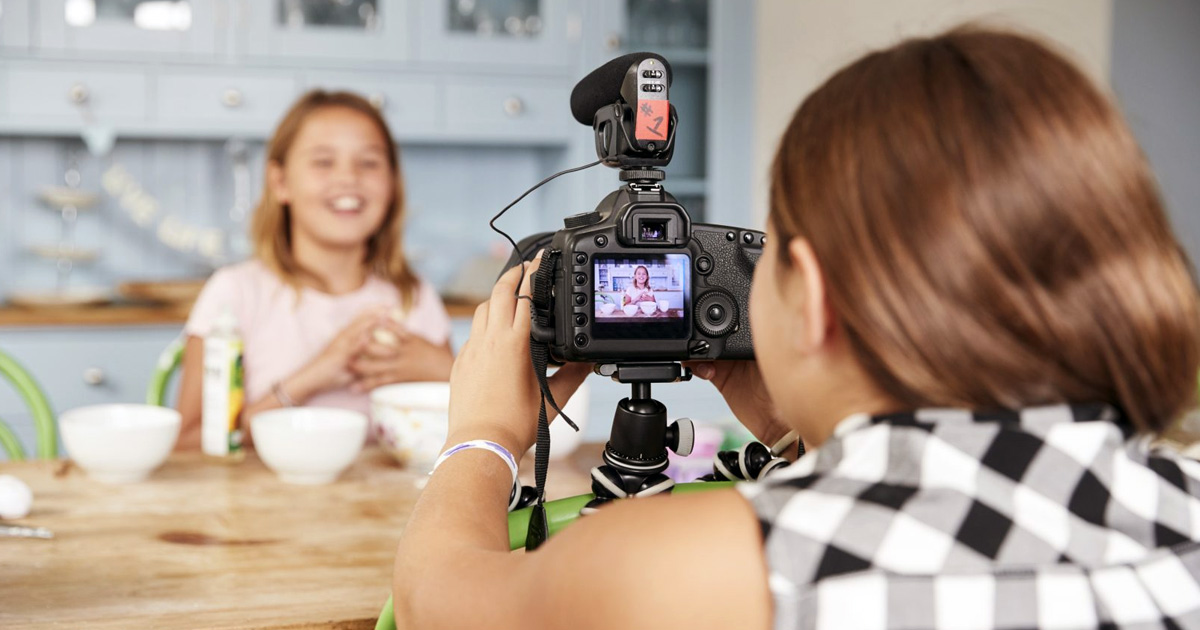 You don’t need to spend thousands of dollars on an agency to tell you how to manufacture interest if you’re already interesting and authentic. If you’re boring, you can’t film yourself going to an indoor trampoline park and jumping around and get 13 million views. But Blippi can — because he’s really interesting and passionate. He grossed $2M last year doing just that.

Too Much Aiming, Not Enough Shooting

Planning is important. But too much planning and over-thinking got you into this mess in the first place. Planning is not a substitute for expertise; if you’re going to plan, plan on how to become an expert; plan to build a career or a business that you love so you can talk about it with unbridled enthusiasm.

Work hard every day to learn more about your business, then go out and record yourself doing it!

Video has quickly evolved into so much more than a tool for broadcasting your carefully curated promotional messaging.

You Don’t Understand the Psychology

There are also psychological factors at play that make this type of video so effective (*we will lean heavily on the book Thinking, Fast and Slow,” for this article. If you haven’t read it, I highly recommend picking up a copy).

It is a natural tendency of human beings to develop heuristics (mental shortcuts) to understand something new or foreign, particularly when the concepts themselves are highly technical or complex. In the book Thinking, Fast and Slow, Daniel Kahneman details the two systems of thinking that our brains use to describe the world around us: System 1 is our “quick response” mechanism — the instinctual reactions honed over thousands of years of evolution and survival. It is our intuition. System 2 is our analytical mind. When put to proper use, it can gather and organize information, analyze and solve problems precisely and effectively.

Unfortunately, our System 2 is lazy, and frequently allows System 1 to take on tasks that it is not suited to. Our brains use System 1 to quickly reinforce these intuitions by grabbing at easily available information with little or no effort or critical thinking. From an evolutionary perspective, System 1 is critical for survival. Because it is highly effective in delivering a rapid response, it is ideal for determining if a lump off in the distance is a lion or a pile of leaves. But System 1’s tendency to jump to conclusions based on limited information renders it ineffective for solving complex problems and, in this modern world where lion attacks are increasingly sparse, it often creates more problems than it solves.

The system responsible for our biases, our snap judgments, and our projections is incredibly hard to overcome. System 1 is so powerful, in fact, that in Kahneman’s research he identified case after case of test subjects adhering to very basic presumptions, even when the opposite was proven to be true. This led him to conclude that “people’s unwillingness to deduce the particular from the general is matched only by their willingness to infer the general from the particular.”

Kahneman is saying that time and time again, people choose to rely on a few salient data points (feelings, biases, etc.) to make conclusions at scale, rather than take the time to truly understand it. Not only that, they feel completely justified in doing so, even when it is pointed out to them.

Additionally — and this is what often bewilders statisticians — the majority of the time people will not utilize statistical proof to make logical decisions, choosing instead to believe that theirs is a “unique case,” and trust their “gut,” falling back on their System 1 for easy decision making.

TL;DR
Our inherent mental laziness leaves us ripe for exploitation by emotionally stimulating messaging, particularly when that messaging is delivered in the first person. And when faced with a new product or idea, our minds immediately go to work contextualizing it. Often, the first box it finds is where it stays.

This is why vlog-style videos are so powerful compared to both the written word and traditional commercial advertising. It is an entirely different tactic in a familiar medium, and thus jars our responses and removes the inherent skepticism we have around the medium we are used to. Even System 1 is not fooled by most television advertising because over time, we have become accustomed to filing this information away into the “this is a commercial” category, which has its own conditioned response.

Traditional brands spoke to their customers by hiding behind imagery and carefully curated messaging. For years, advertisers have conducted extensive research on their audience targets, invested heavily in production equipment, etc., all to create the magic show. It was expensive, but it was safe.

Now it’s over. Along with this type of marketing comes a lack of intimacy and authenticity. Human beings feel closer to each other when they can see each other, watch their facial expressions, hear their voices. Now that it is possible for anyone to do that with a cell phone, traditional methods are obsolete.

When the messaging is stripped to its bare core; a sound byte, a 5-second video, an Instagram post in its rawest form, the reaction by the viewer forms immediately and often very concretely. While the written word almost forces a more circumspect System 2 response, and a commercial or advertisement is quickly contextualized as unimportant by System 1, a human face full of expression and sound, in full conversational style, forces a new System 1 response. The viewer searches for new context and renegotiates their snap judgments.

Video is so much more than a marketing channel choice. It is a complete mental shift in the way we communicate our desires, our interests, our favorite things, and indeed, our brands. If you aren’t comfortable looking directly into a camera and talking freely, the kids that are very quickly growing up to be the next generation of consumers won’t really know what to do with you. 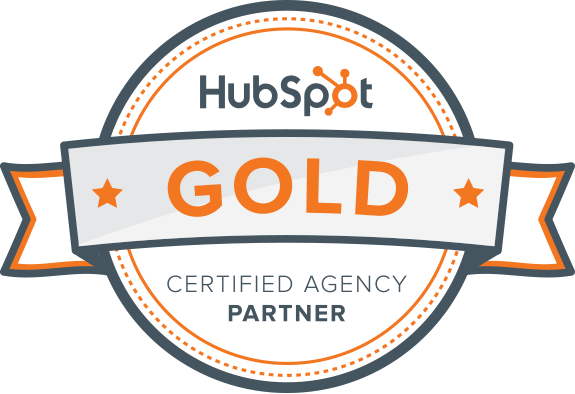